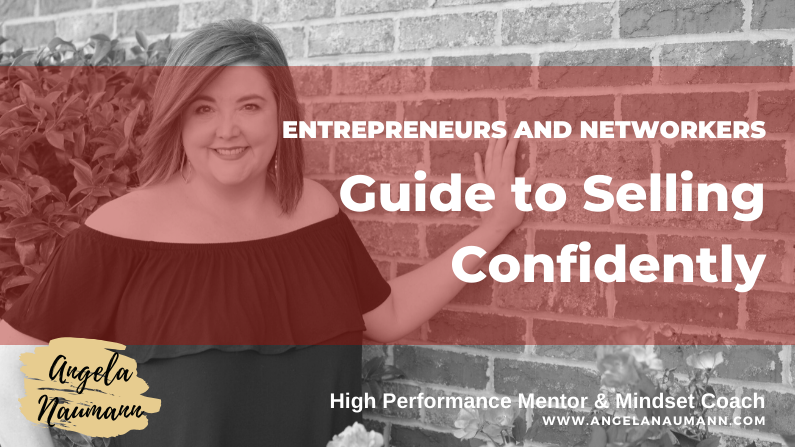 You’re in the right place if:

Before we dive in, I want to invite you to join our Female Entrepreneur Connection Facebook Group.

Have some fun with us. Connect with other female entrepreneurs who are looking to unleash their success, silence those inner mean girls, get those habits going that are going to help them rock their business.

All right. Let’s get started.

Selling is Part of the Game

You have to know how to market and sell your stuff. I feel like for me, one of the biggest changes I had to make was to become confident in my ability to share what I was selling. I want to talk about that a little bit with you today.

The first thing that kind of happened for me was I really had to learn to check my thoughts. I had to first come to the realization that I was very uncomfortable and I struggled with my confidence when it came to selling my products or my services. I had to admit that to myself.

When I first moved out of network marketing and into coaching, I had some trouble switching my niche so to speak. When I did that, I almost had like this little identity crisis.

I went through this time where I was unsure of the buy in people would have for me as an expert because I knew I was new in my field. Right,  have you been there?

I knew I was in the process of learning my skills, but I still had a lot to offer.

During this time I really started to struggle with my confidence level.

This lead me to learning about and implementing the thought protocol into my life.

In going through my thought protocol, what I would do is I would find myself with struggling with the emotions of not being good enough, feeling unworthy, less than an imposter, feeling like a fake. And all these came back to thoughts like:

That whole imposter syndrome. I felt like I was imitating others as I was learning my craft.

What was I thinking?

And so that’s where the thought was but the true circumstance was that I was at the beginning stages of growth.

So I was at the beginning of my business and the thought deep down was, “I wasn’t good enough, I wasn’t experienced enough, I wasn’t an expert enough.” So it left me feeling less than fake, uncertain of who I was when I approached people about service.

So I had to figure out what it was that was lacking. I knew because of my life coach training, I was struggling with the mindset piece here.

I was not afraid to dig in with that.  I actually kind of enjoy doing the mindset work.

So I had to back that up because I felt like if I knew the outcome would be I could confidently look at something and know the outcome was going to be a certain result, like a new client then what actions would I take to get that client?

I knew I had to back this up to what thoughts I needed to generate this.  I knew my circumstances were not going to change. I was still a new coach.

My thought then had to become I’m good, I’d like to learn, I’m smart. I only have to be a few steps in front of others to be able to guide them along the way. I had to remind myself that I had the training I needed to be a master coach.

Now, I had these thoughts I could put in place that would give me the confidence I needed. I had to continually let myself think them.

What I ended up doing is setting alarms on my phone to go off a couple of times a day to do thought work.  To take a moment to think to myself whatever thought I was working on. So maybe at the time it was, “I am worthy to guide other women.”

And during those thought work times, if an emotion popped up that didn’t feel in line with, then I backed up and did the thought protocol/ model.

I had to change what I was saying and then work back into it, make that little thought ladder.

Start with a thought I could believe and work up to the thoughts I wanted to have.

Which thought ladders is something I haven’t really talked much about.  Think about it as a ladder. You start with the thought you do believe I’m not worthy of earning six figures, and maybe the thought you want to have at the very end is, “Of course I earn six figures. Why wouldn’t I?”

So what are the thoughts you need in between to work into that ending belief?

You just kind of step it up with your beliefs into that into that place. And so I had to kind of work through that model, then work through my thought ladder and, you know, put it in my phone and I continued to work on it day after day after day, until I became comfortable selling my service and believing that what I had was something that truly could transform lives.

Because it had transform my life, just living and learning about it.  I knew with purpose that it would make a difference to other people.

That was the first part…checking my thoughts. 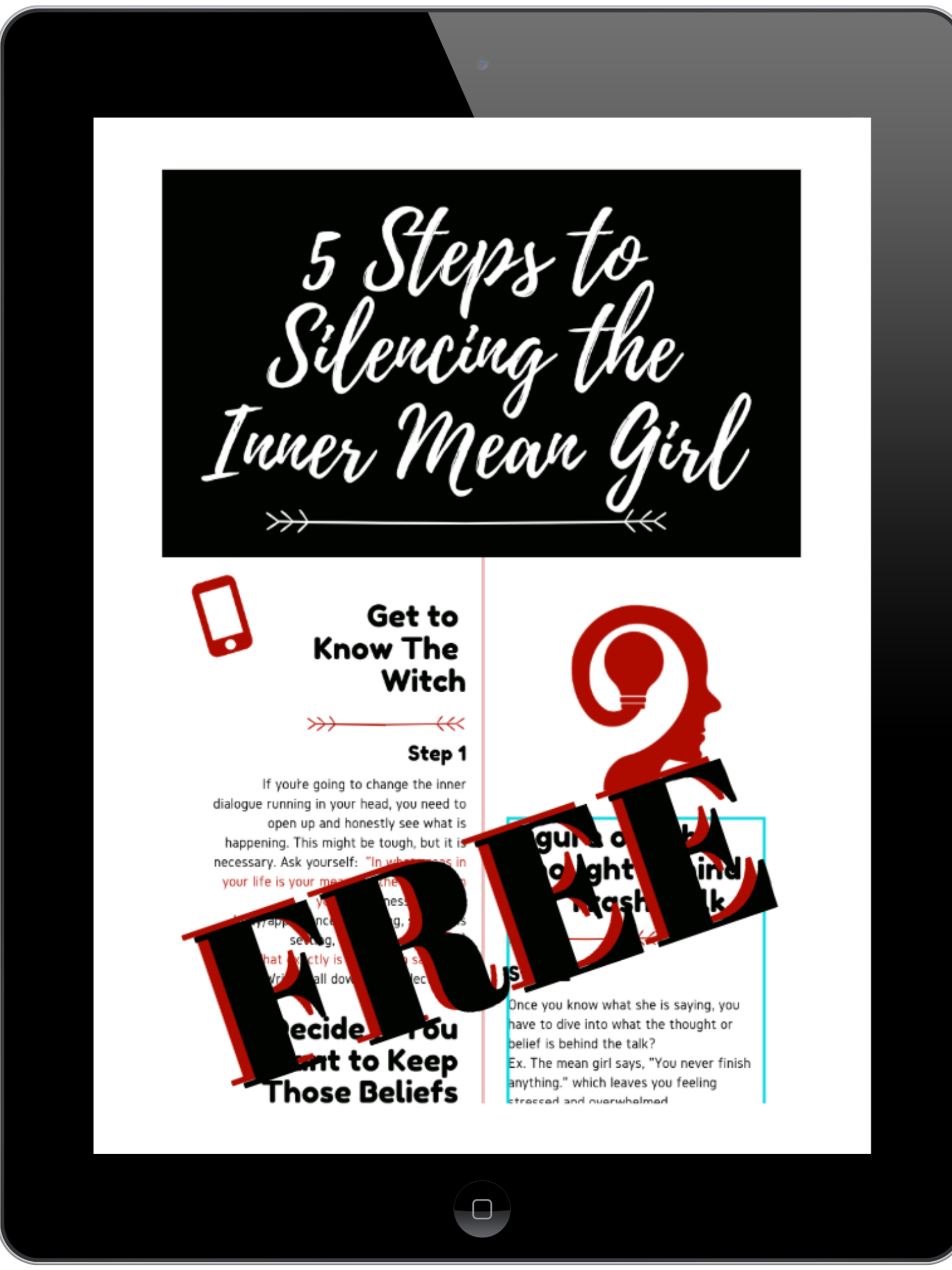 Because I suffered so much with that mean bitch in my head telling me I wasn’t good enough to be an amazing entrepreneur and make a difference in people’s lives. I don’t want other women suffering with that.

Now that I know how to silence her, to calm her, and to redirect her.  I want other women to know that. So I truly had to get to a place where I wanted other women to find that same value that I had. And I was able to move there.

So start thinking right now…What do you do? Who do you help? Do you believe you solve a problem for them and can truly help them, help others? If you do, what is it you can solve for them?

Once you know what problem you can solve for people, and you have a passion and a drive because it made a difference in your life this can really benefit others, it becomes a natural thing to share it. You don’t have the hesitancy in sharing. You have a confidence in it because you know the transformation is worth it.

Because when you are hesitant or uncertain about what you were doing, people can sense that. They can sense your anxiety around it. It puts off this negative energy. You stop being aligned with your purpose, in your emotions, and your thoughts. Everything stops being aligned. Body, mind, soul, spirit. When that’s out of alignment, people can sense it.

You feel it, they can sense it.

I gave myself some time and space and some grace to get in alignment and practice my skills, and not be perfect. That was hard for me because I struggled with perfectionism.  I believe for me that perfectionism stemmed from wanting the acceptance of other people.

Allowing myself to not be perfect at those things was a way of accepting myself and choosing to honor myself instead of worrying about what the others thought of me. That was a hard place to get to. That was another mindset part that I had to work on. That’s one of the big ones I work with clients on. But it gave me what I needed to step into that place.

New here? Check out some of my previous high performer blogs. 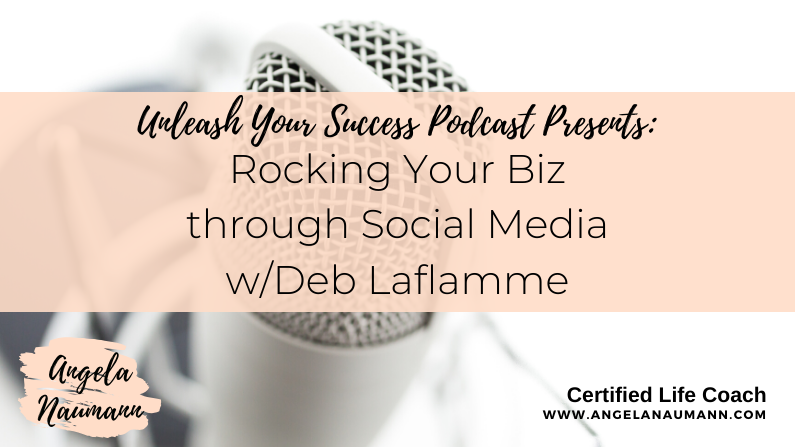 Episode 42: Rocking Your Biz through Social Media with Deb Laflamme 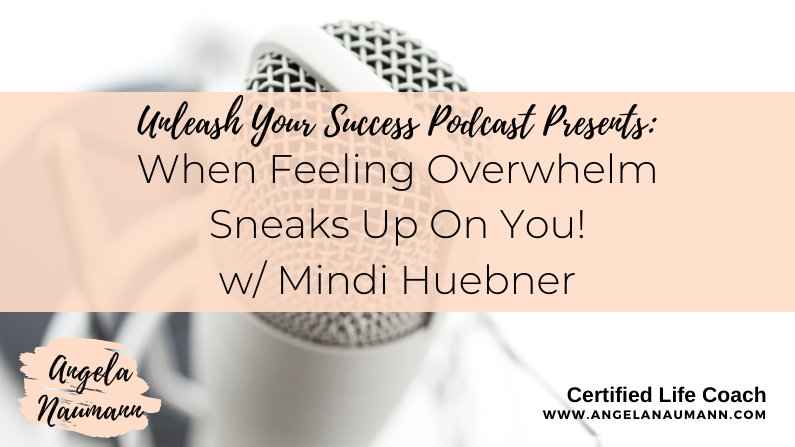 Bonus Episode 41: When Feeling Overwhelm Sneaks Up On You! w/ Mindi Huebner 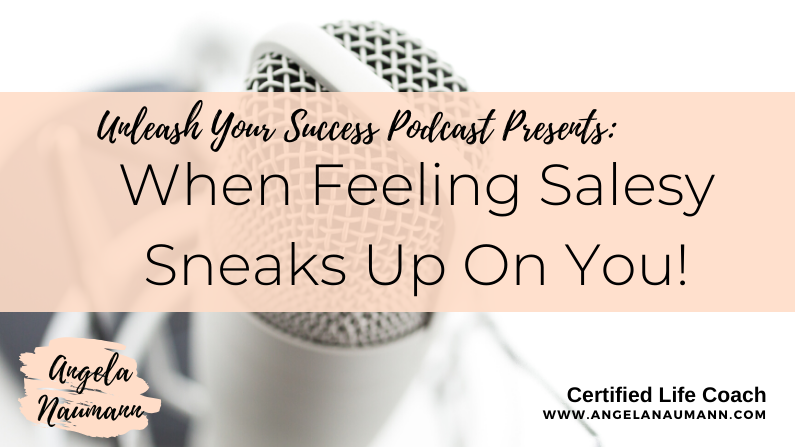 Episode 40: When Feeling Salesy Sneaks Up On You! 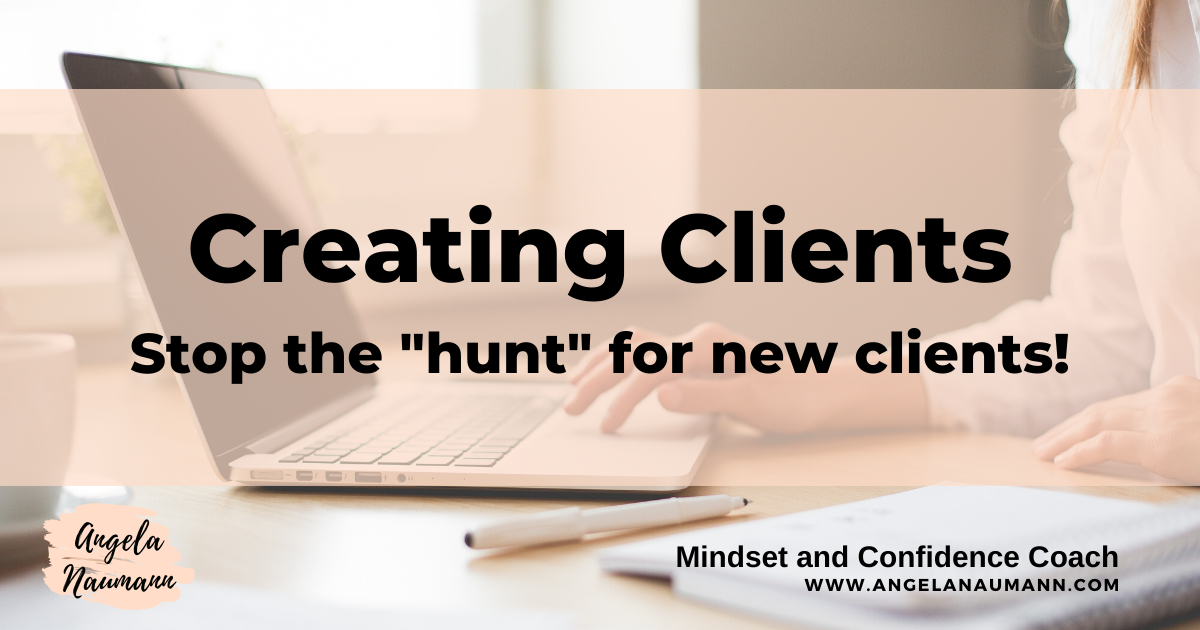 What I want to tell you, friends, is business is not going to always be easy, but when you feel confident, you can at least have fun on the way and people are attracted to confidence. We’re going to do a whole other show on confidence and how it attracts and what it does for your business to have that confidence.

If you want to sell confidently, you got to start checking your thoughts. You got to silence that inner mean girl.  You’ve got to move into acts of service for others and you have to start building your skills and capabilities so you’re stepping into true confidence, not fake it to your make it shit.

I hope this finds you well today, my friend. I hope this blesses you. I hope these thoughts, even though they’re quick today, I hope they will find you good and help you step forward and unleash your success. Have a great one.

What part of today’s blog spoke to you?  Go with your gut.  The part of you when you were reading that said… yep that is me.

Ready to learn more about unleashing your success?

I’ve helped women entrepreneurs like you learn all about ending the mental stress and struggles that comes with building a business, so you can:

Now is your time to make your dreams a reality!

Truth is that building a strong confident mindset, reducing stress, and learning to anchor habits into long term actions is the KEY to building a money making business.

Here is what you do…

1. Grab my free Mindset Cheatsheet to help you start cracking the code to a high performance mindset.

2.  Connect with me on Facebook.  There you can catch almost daily live videos to help inspire and motivate you to your greatness.

3.  Book a FREE Discovery Call with me.

When you are ready for a step by step system to actually reach your goals you will do what it takes.  It’s time to open yourself up for unlimited possibilities.  Unleash your success and step in to your greatness my friend!

Until Next week.  Go grab your dreams and don’t let go.

Life Coach to the Female Entrepreneur that is ready to transform her life!

Congratulations on deciding to reach for your dreams.  It’s your time!  I am so excited that you are showing up for yourself by reading my blog.   It is my hope that my blog posts will inspire you and give you simple practical steps to rock your best life.

Who is this blog for:

I am Angela Naumann, boymom, bookie nerd, and amateur wine taster. I’ve been married for over 20 years and love to go on adventures with my family.

After 20+ years of my own entrepreneurial and personal growth journey, I became a life coach for women that sometimes needed a “Yoda” in their life.

I help the female entrepreneur that is setting big audacious goals, but struggling to make them a reality.  Which leaves them feeling stressed out, not getting stuff done, wondering how to balance life while not be a moody witch.

With a practical step by step strategy, I guide you to uncover what is stopping you, build confidence with a step by step system that is unique to them and their business So, they can uplevel their life and unleash their success.  Basically together we unleash your success!!

I’m excited to be on this journey with you!